“We cannot expect others to adhere to high ethical standards if we do not do so ourselves. We cannot expect proper conduct on the field of play if we do not have good governance within the Olympic Family.” – Jacques Rogge, Congress Opening Ceremony Speech, XIII Olympic Congress Copenhagen 2009 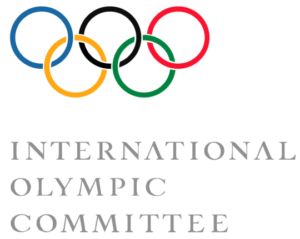 As each sporting activity is unique and possesses a different set of rules in comparison to another form of competitive athletics, sports governing bodies were established to oversee the establishment of official game rules. These organizations also serve as a channel for experts of a particular sport to gather and make crucial decisions on gameplay changes and how athletes organize themselves for competitions.

Groups such as sports federations and professional sports leagues that engage in any Olympic-listed sport are required by the International Olympic Committee (IOC) to comply with their regulatory code, the IOC Universal Principles of Good Governance. In contrast to the more localized jurisdiction of sports governing bodies, the IOC monitors Olympic sporting groups all over the world. The organization ensures that each country’s athlete development methods comply with the IOC standards.

The IOC enforces these governance principles on both national and international sports organizations to maintain a modicum of fair play and ethical behavior in the global sports community. The Olympic committee also actively addresses corruption in involved groups, often by supporting ethics committees when it comes to disciplining and penalizing members who engage in bribery, illegal drug use, and other unethical actions.

The IOC also compels organizations to apply their governance code when it comes to evaluating their decision-making procedures. Dysfunctional sporting organizations are enjoined to reform their ranks so as to regain lost credibility in the world sporting community.

Transparency and accountability is encouraged when it comes to how sports groups run themselves, whether it be on dealing with criminal behavior among athletes and officials. This also applies in ensuring fairness when it comes to selecting qualified competing athletes for Olympic events.

Blatter was FIFA president for 17 years. The FIFA ethics committee had him suspended due to allegations that the Swiss mis-sold a World Cup TV rights contract to the disgraced former FIFA official Jack Warner in 2006, and made a “disloyal payment” of £1.3m to Platini in 2011.

International sports events and activities are held back from completely benefitting both athletes and their respective societies when there is poor governance. Unethical practices and corruption can leech from resources meant for developing potential athletes. These people are also short-changed and harmed when corrupt practices are not actively responded to.

While many organizations may not necessarily behave in a corrupt manner, inefficient management of organizational resources do not just damage the reputation of sporting bodies but also contributes to the devaluing of many hard-working athletes’ efforts. It also reflects on the political stability of the organization’s home country.

One possible reason for poor governance in sport groups is the slow development in mostly voluntary organizations, which have to be professionalized and regulated so that it can adapt well into the rapid modernization and commercial exploitation of the sports industry. Another reason can be that sports organizations usually operate independently from their respective national governments.

At the same time, national governments usually end up intervening only when they perceive that the sports governing body is inefficiently run. The IOC stands on the fact that a sport organization’s autonomy should be earned through public respect, by showcasing its capability to successfully manage its resources and properly allocate needed funds to answer the needs of its athletic trainees.

After all, it will only be within reason for national governments to require convincing results from sports groups because it is still the primary source of funding for most of them. Even corporate-sponsored groups are accountable to their private benefactors because they have to convince sponsors that they are worthy investments by showing that the organization has a semblance of good governance.

While sports scandals and poor governance are nothing new, the issue of sports governance garnered serious public attention during the 1990s after sports academicians and broadcast media considered the topic worth investigating, as these controversies often involve high-profile people with financial and political interests.

National governments and private business entities that sponsor athletes also became involved, because the former mostly wanted justification for public expenditures. The latter needed evidence for their stockholders to be convinced that athletic sponsorships can bring in a significant return of investment.

The IOC initiated the Agenda 2020 in 2014, which included a Working Group on Good Governance and Autonomy. Among their recommendations, this one is concerned with sports governance: “All organizations belonging to the Olympic Movement to accept and comply with the Basic Universal Principles of Good Governance of the Olympic and Sports Movement (“PGG”).”

Among the principles touted by the IOC governance code, transparency, responsibility and accountability are emphasized to be mandatory for sporting bodies that are Olympic constituents. This means that, regardless of physical location and situational context, the sports group carrying the name of the Olympic Games will be expected to abide by its code of ethics. Any behavior contrary to the IOC’s principles will be penalized even if not directly related to sports activities. Some of the principles guided by the code include the following: