At the conclusion of the Batted Sports Summer Tournament for kids last weekend, former athlete Robertino Solon gave away new equipment in support of the grassroots session of Barangay Punta, where the successful tournament was held. 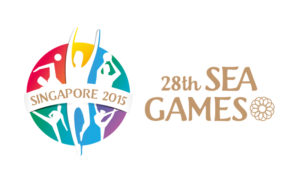 Not to be overlooked throughout the tournament, the Richard Gomez-monitored fencing team has set a big target of at least five gold medals in the 28th SEA Games this coming June. The PH squad has been consistent in bagging golds in the last five SEA Games it had participated in since 2003.